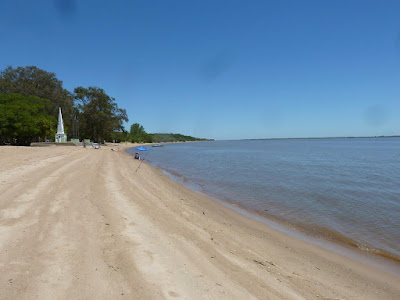 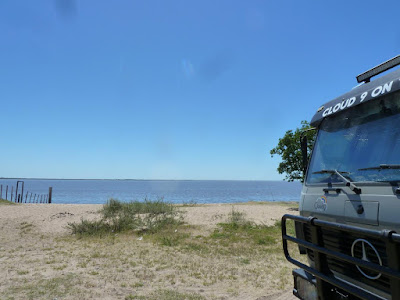 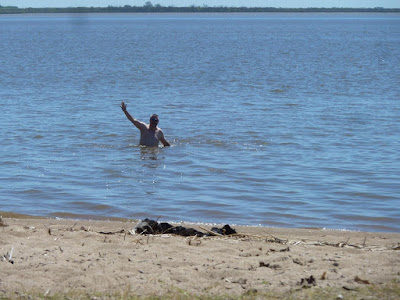 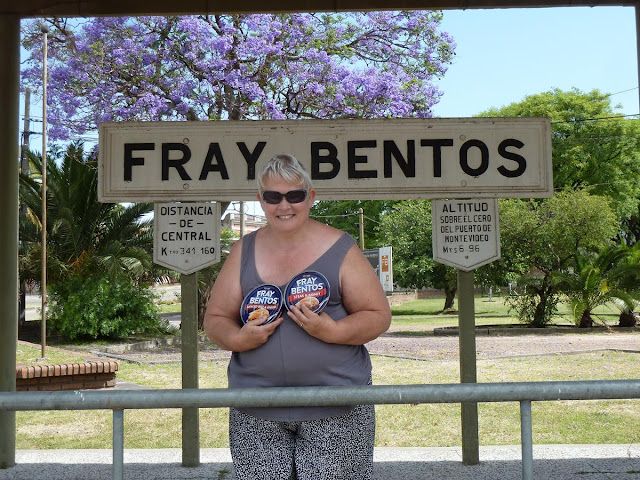 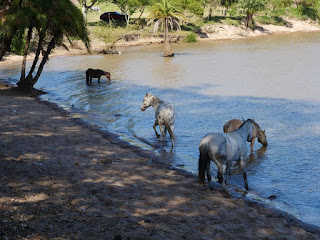 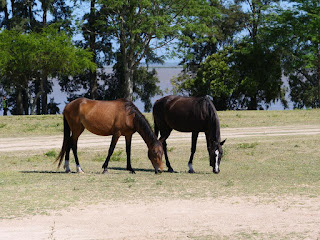 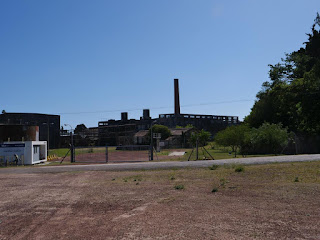 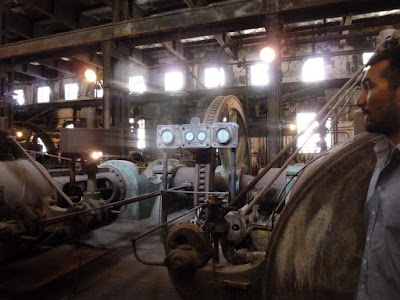 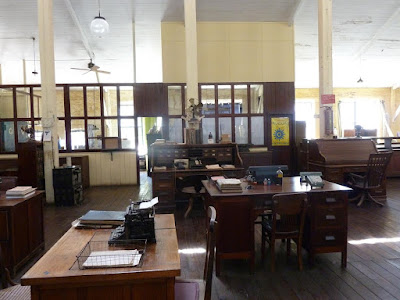 
Colonia is a  very picturesque walled city on the north shore of the river Plate as it starts to narrow towards Buenos Aries.

It is very much on the tourist trail. Its history stems from it being a Portuguese Smugglers trading post
but is now a favourite place for lots of young people to hang around watching the sun go down over Buenos Aries. 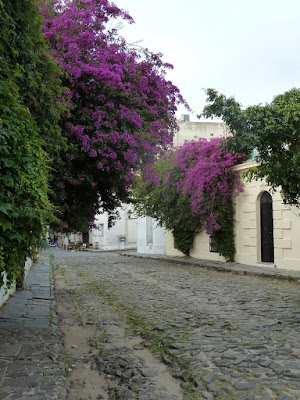 Its about 1 hour on the large propane powered Catamaran to Buenos Aries and about the same to Montevideo in the east. 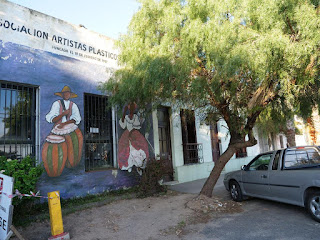 We managed to park on a very pretty piece of waste ground just outside the city gates on the bank of the river. Our previously mentioned French friends joined us. 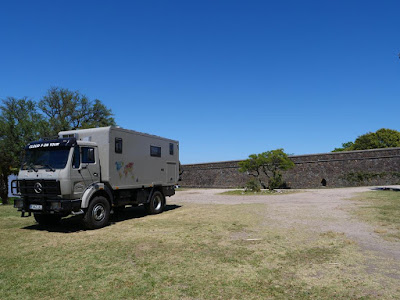 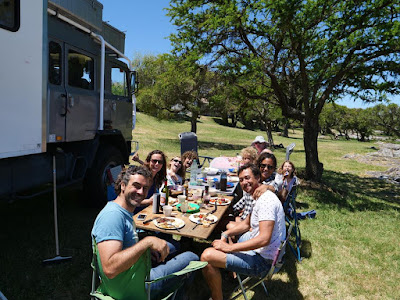 The town is full of delightful restaurants and cafes that command the full tourist prices but looked superb. 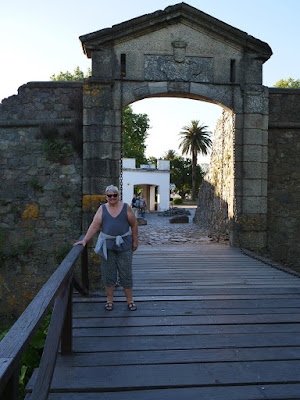 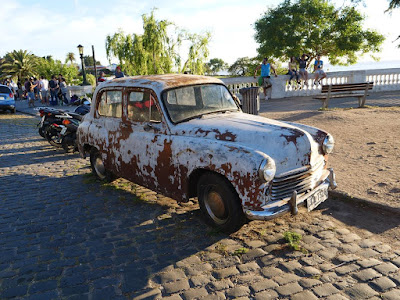 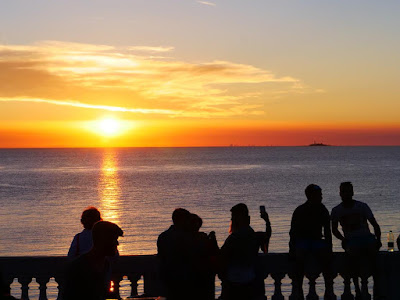 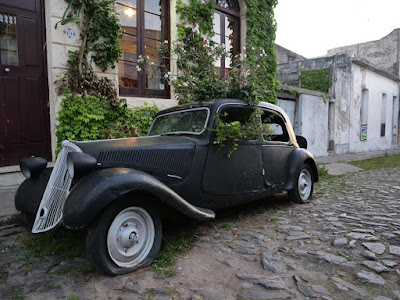 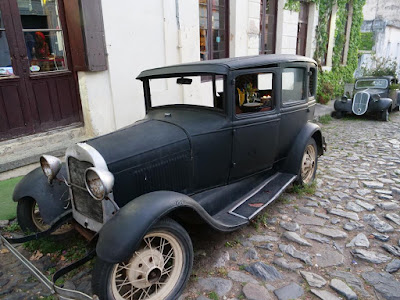 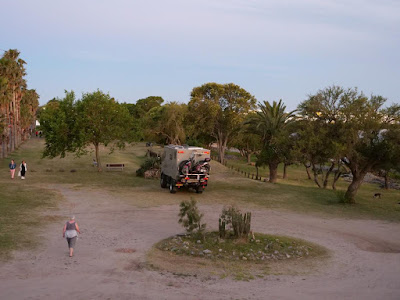 The wildlife in Uruguay is very different. I am not sure what species this is but we cought it hanging artound our door. I think it was looking for food. It looks like it could do with a plate of chips. Pat said ignore it and it will go away. I was throwing scraps at it when Pat wasn't looking. 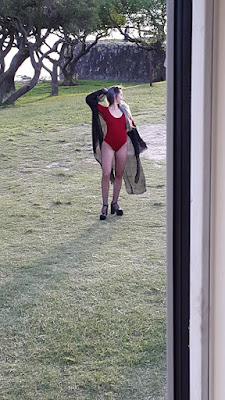 Seriously though. We know our truck is unusual and we often see folks taking pictures of it and even standing infront of it for the shot. Some are subtle and some aren't . This is the best yet.


This was a very relaxing stop for a couple of nights

Cloud 9 is Here. Bring it On

The ship was due to dock on Saturday the 18th of December and due to leave the following day. I knew that Cloud 9 must be unloaded overnight on Saturday.  Non of the offices are open on the Sunday so we had a long wait until Monday to start the release process.

On Sunday afternoon we went to the port area where Grimaldi store there unloaded vehicles to look through the fence at our loved one .  When we got there there were several other campers but no Cloud 9 and nobody to ask.


During that evening  I convinced myself that our truck was still in a car park in Tilbury, London . Not too much sleep was had that night .

The next morning I went to KMA ( Grimaldi's local theft agency ) and they assured me that It was here, so I paid the bail money and the process for its release was started.

Our Local guy Eduardo Kessler  was just fantastic ( I would always recommend him ) and by 2pm we were heading to the port to get it.


It transpired that the storage compamy at the port had parked my vehicle inside a building for safe keeping because it had a Scooter on the back.

We still needed to  pay the Customs import duty and get our  Temporary Import Licences for both the Truck and the Motorcycle. The Aduane Officer  ( Customs Agent ) was a bit of a character. We first found him lying fast asleep on a bench near the customs offices.  We woke him up and after  a few minutes and a couple of cigarettes he was ready to go. He really went went for it peaking at about 2 words per minute on a computer that he clealy hated.  30 minutes later two the two permits were handed to me but unfortunately he had recorded my name on all documents ( copied from my passport ) as  Neil British Citizen. I pointed it out and after a small episode of Spanish tourettes he started again.

By about 5pm we were able to return Cloud 9 and drive her away.

Now here is a strange thing . When we got back to our vehicle there was a photograph tucked under our windscreen wiper . At first i thought it was a Pizza offer or something similar, but when we looked it clearly was someones personal picture with bluetack on the back of it. How it got onto my widscreen is still a mystery. It showed a couple on scooters with small kids. I nearly put in in the bin but for some reason threw it in the truck to be dealt with later . 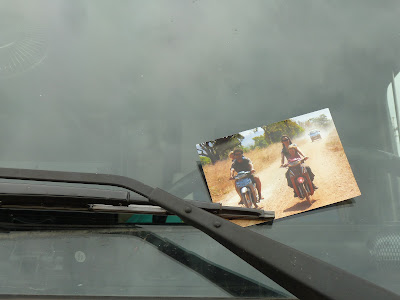 This day had been planned with military precision . we were to quickly collect our luggage from the BnB then set off "West" along the coast out of town to a camp area we had identified . So having got the bags I set of "East" in totally the wrong direction. Having realised our mistake we pitched into a small coastal road near the Montevideo Yacht Club as we had heard you can park there. 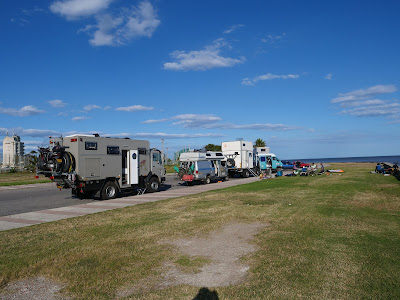 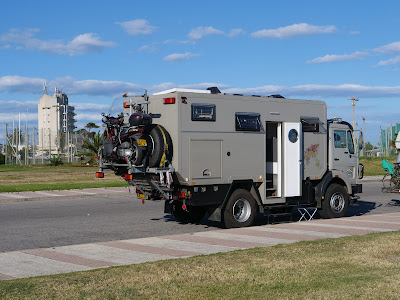 Already parked up was a French Overland truck so I knocked on the door to say hello. I looked up to see the same faces that were in the photo I had found earlier on our truck. I couldn't believe it and neither could they. They had lost this picture ealier that day. 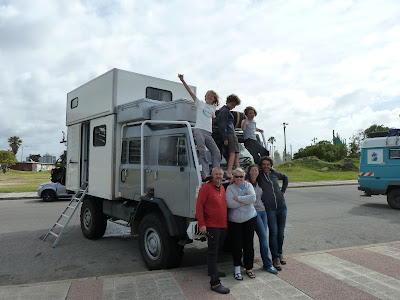 We were also joined by another French family who had been on the road for 4 years with their children and and a family from the Dominican Republic / France who were doing the same . 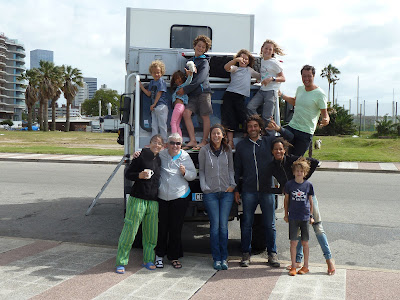 I was so impressed with the strict home schooling regime that even included homework and detentions.

Our next destination is Colonia which is apparently about 190 Km "West" . Lets hope we get there .
Posted by Cloud 9 on Tour at 04:08