Welcome to Cloud 9 on Tour


We got here OK

Its was a very nervous moment when watching the  airport carousel in Montevideo, wandering if any of our luggage actually boarded at Heathrow. However, after everyone else's bags had done at least 3 laps our battered old bags with blue string around them started to show up. It wouldn't have been a big problem as Pat's hand luggage was full of enough underwear and drugs to last a few weeks .

Within a few minutes, having been robbed by the airport "Bureau de Change," we were spat out into the main building to be greeted by our "Airbnb" host Santiago who was waving a plaque with our names on it.

The Journey to Uruguay was pretty unremarkable although very long. Our 4 hours stopover, between two 10 hours flights,  at Miami was completely swallowed up with the never ending Disney style queues that we had to endure one after the other. 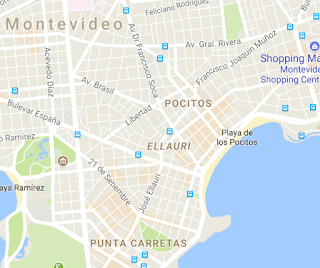 His Colonial style house with its secret garden was a treasure trove of antiquities and curios and Santiago himself was a bit of an expert on all things Uruguayan. Sharing the countries Culture and history was his forte. Breakfast in the garden with the Humming Birds was nice. 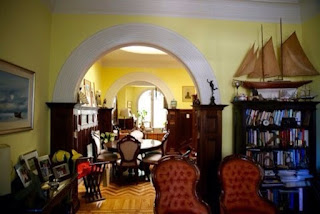 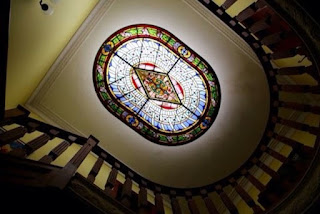 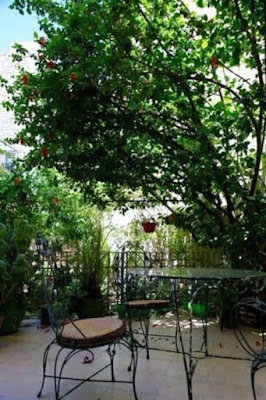 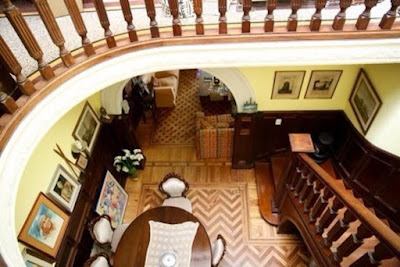 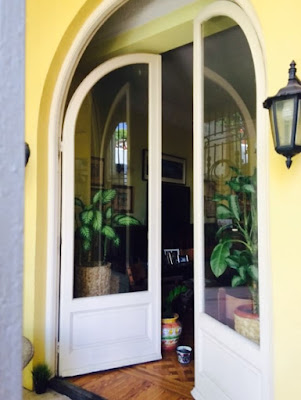 Montevideo wasn't quite what we expected . It has a very European colonial feel to it and you could easily imagine yourself standing in any Spanish or Portuguese City, except that everything here is twice the price . It is a very expensive country and its hard to work out how the locals survive .

With jet lag behind us and bus passes at the ready we set out to the city, eventually ending up in the old port area which although still a working docks, has a touristy restaurant area which is very nice . Steak is at the heart of every meal here.


The truck isn't due to arrive for a few weeks so our main reason to come to Uruguay early was to enrol in a local language school and "try" and learn some Spanish. Well we did the first bit, not sure how much we have learnt so far. 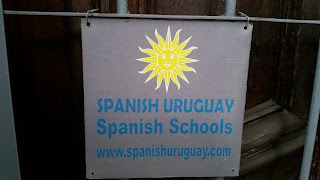 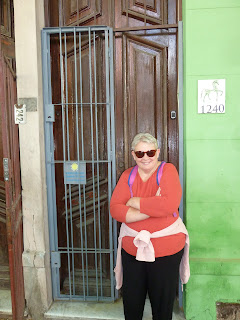 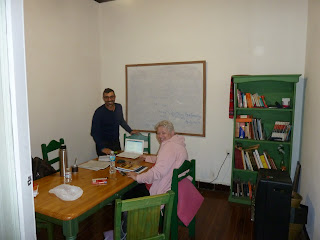 Our teacher "Edilson" has been tested to his limits.
I am sure that if he has to explain the the difference between "Ser" and "Estar" to me again he will have a melt down.

We have managed to meet our Shipping agent "Eduardo Kessler " who has an office very near to the port where our truck will arrive. He has explained the proceedure and tasked us with various things to complete before its arrival.

We shipped with Grimaldi using Martin McGowan of IVSS UK as our agent in the UK. Martin has been fantastic and has held our hand throughout the whole process.

However, Gimaldi's receiving agent in the Montevideo called KMA can only be described as deceiptful and greedy. The problem is that if you are shipping from the UK you have very little choice of carrier so you need to be prepared for this . I must point out that KMA's issues have no connection with IVSS who I would recommend without hesitation.

In a nutshell we went to KMA to pay our fees for  the process of getting our vehicle from the boat to me. (This is not import taxes its merely the unloading of the truck.) The total bill was 960USD . This is alot of money for taking the truck off the boat but we were told that this was the bill . Well we went back a week later to pay it to be told that for no reason they could explain the bill had increased to to just under 1500 USD. The only explanation they could offer was that they now realised that we had a motorbike as well  so it was more work. Can't see how as the motorbike is loaded on the truck. Well after one hour and lots of tourettes, an email from Martin resolved the issue and the price was lowered back to 960 USD.  Now here's the bit that hurts, I asked for a breakdown of what was included in this price and was told that Uruguayan Law forbids them from supplying this ( This is a blatent Lie ) they also told me that the price was high because of the weight of my vehicle ( This is another lie ).
We have established that the Government owned port Authorities have a fixed price for this service of 248 USD and weight of vehicle isnt a factor in this .
We also established that KMA were charging is 67 USD to print one peice of paper. ... Ouch.

We are staying with some german friends who are waiting to have their vehicle, which is almost identical to our in weight and size, to arrive from Derban next week via the shipping company Eukor.

We found ourselves in their offices later that day and they were presented with a bill for the same service as ours for 248 USD . Their attitude and friendliness was beyond compare to KMA. If only Eukor did a service from Europe. 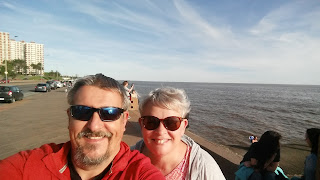 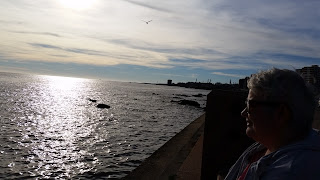 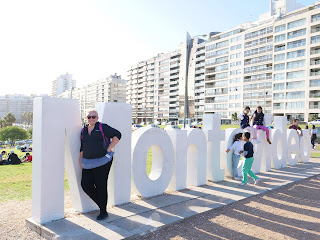 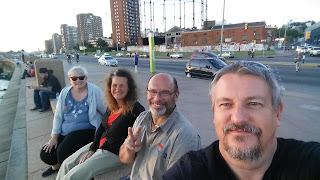 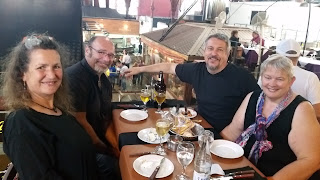 Well our truck should be with us in a few days from now so hopefully the next post will be about travelling through Uruguay.